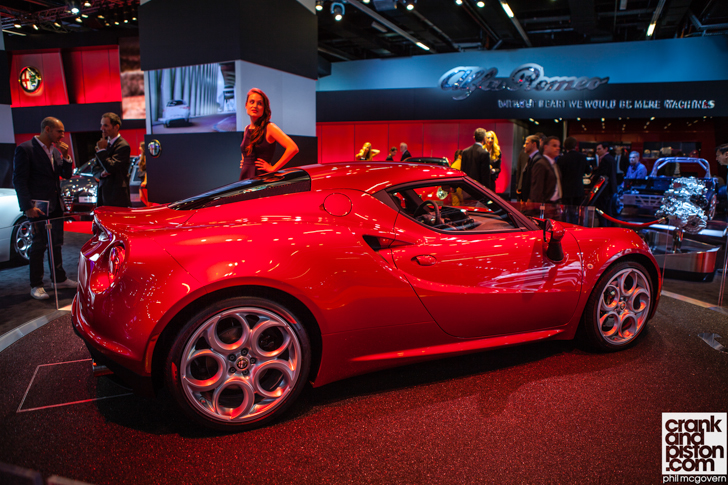 The day Alfisti have been wringing their hands together with glee about has finally arrived as a starting price, release date and a video for the hotly-anticipated 4C have been revealed.

Due for an early 2014 release date and limited to a 3500-unit production per year, Alfa’s baby supercar will retail in the UK for £45,000 (around $71,000). Powered by Alfa’s 1750cc turbocharged four-cylinder engine which produces 236bhp and peak 250lb ft or torque, the new 4C will sprint from 0-100kph in 4.5 seconds and achieve a top speed of 258kph. As well as sizeable grunt, the 4C’s nimbleness comes courtesy of a 40:60 weight distribution, an 895kg dry weight and carbon-fibre one-piece monocoque, which in itself weighs just 65kg. Under acceleration, the 4C will register 1.1g readings and an impressive 1.2kg of deceleration G.

To give you an idea of what that all looks like when slammed together, former Formula 1 driver (and current Word Endurance Championship GT pilot) Giancarlo Fisichella takes the new 4C for a tyre-melting run at the Bolocco test track. If you’re keen to hear the four-cylinder singing, strain hard to listen past the heavy rock music and English translator.