A new entry-level McLaren is on the way. 570S Coupé

McLaren has released this teaser image of a new model called the 570S Coupé. The V8-powered two-seater will be revealed at the New York Motor Show next week, and will be the first model in McLaren‘s new “entry-level” Sports Series.

McLaren says the introduction of the 570S Coupé will show off for the first time its three-tier model strategy. The new car will sit below the 650S and the P1, but McLaren says it’ll still be as dynamically capable as its sibling, with a carbonfibre structure and race-derived technologies. The teaser image shows a flying buttress design optimised for aerodynamic efficiency.

Not much has been released in terms of detail, other than the name, which like the 650S tells us what the power will be – 570PS, or 562bhp. Expect further updates next week.

Previous ArticleNordschleife in a LaFerrari. With powerslides
Next Article Ferrari California T 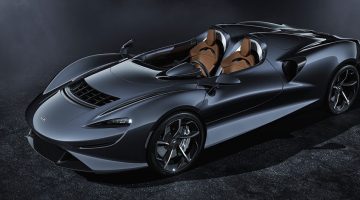