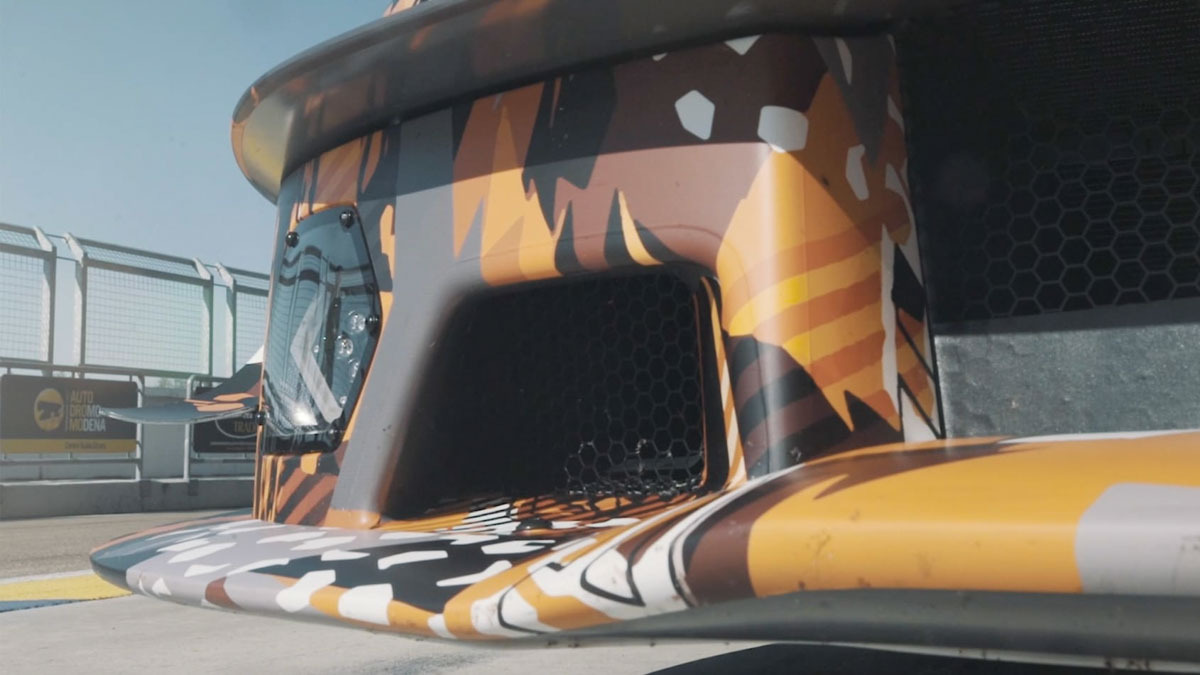 Ahead of its world premiere later this year, Lamborghini’s Squadra Corse racing division has released yet another teaser video for its V12 track-only hypercar. First announced at the World Finals of its Super Trofeo series in southern Spain, alongside the Urus ST-X, it will sit amongst the likes of Aston Martin’s Vulcan and the Brabham BT62.

Though details are still scarce, the as yet unnamed Aventador-based hypercar will be a track-only affair, and as with many models of its kind, it will be limited in numbers. What we do know is that the brand’s flagship 6.5-litre naturally aspirated V12 will lie under the skin, producing a rather impressive 819bhp. The latest video gives us our best listen yet, with the model shown testing at Autodromo di Modena near the brand’s headquarters.

The most powerful iteration of the engine currently resides in the road-going Aventador SVJ, sending 759bhp and 531lb ft of torque to all four wheels for a quoted 2.8sec 0-100kph time and a top speed in excess of 350kph. With an additional 60bhp, and presumably even less weight, it’s fair to assume it’ll be quite an experience on circuit.

Exactly how the Italian marque plans to extract even more power from its V12 is yet to be disclosed, but as it’s destined only for the track, meeting restrictive road-going emissions and noise standards are no longer an issue, likely helping the cause.

Lamborghini has released the first video of its upcoming 819bhp track-only hypercar on track. Sound is advisable.

While the overall shape looks quintessentially Lamborghini there are a number of carbonfibre details including an air scoop on the roof, a large rear wing and a ‘bonnet’ with two air intakes. The carbon theme is continued with the car’s monocoque to which is attached an aluminium front frame and a steel roll-cage that also incorporates the engine. The gearbox is a six-speed sequential Xtrac which also acts as a load-bearing structure to which the rear suspension is attached.

Further details include a set of Brembo brakes, while the wheels are wrapped in Pirelli tyres. As befits its track remit the differential has a mechanical self-locking set-up which allows the driver to adjust its preload to suit prevailing track conditions. The Squadra Corse hypercar is due to be revealed later this year, and will be built in limited numbers with no plans for a road-going version or a race series.

What it is planning to race, however, is the aforementioned Urus ST-X, a machine it revealed in concept form in 2018, claiming it to be the first ‘Super SUV’ in the world of racing. It sticks with the road-going model’s twin-turbo V8, but as this stage it hasn’t revealed whether this will have a higher output than the production model. When it was revealed last year Lamborghini was talking of a 25 per cent reduction in weight, but at the moment it’s now claimed to have a ‘lighter structure’ thanks to a carbon bonnet, carbon rear wing and racing exhausts along with a partially stripped out interior and racing seats.

The Urus ST-X will make its racing debut at the 2020 Super Trofeo World Final in Misano where the four class winners will have the opportunity to race against ‘motorsport celebrities’ on a specially constructed track.