The Alpine A110 has been an evo favourite since its release in 2018, but has the A110 S’s newfound focus missed the point entirely? 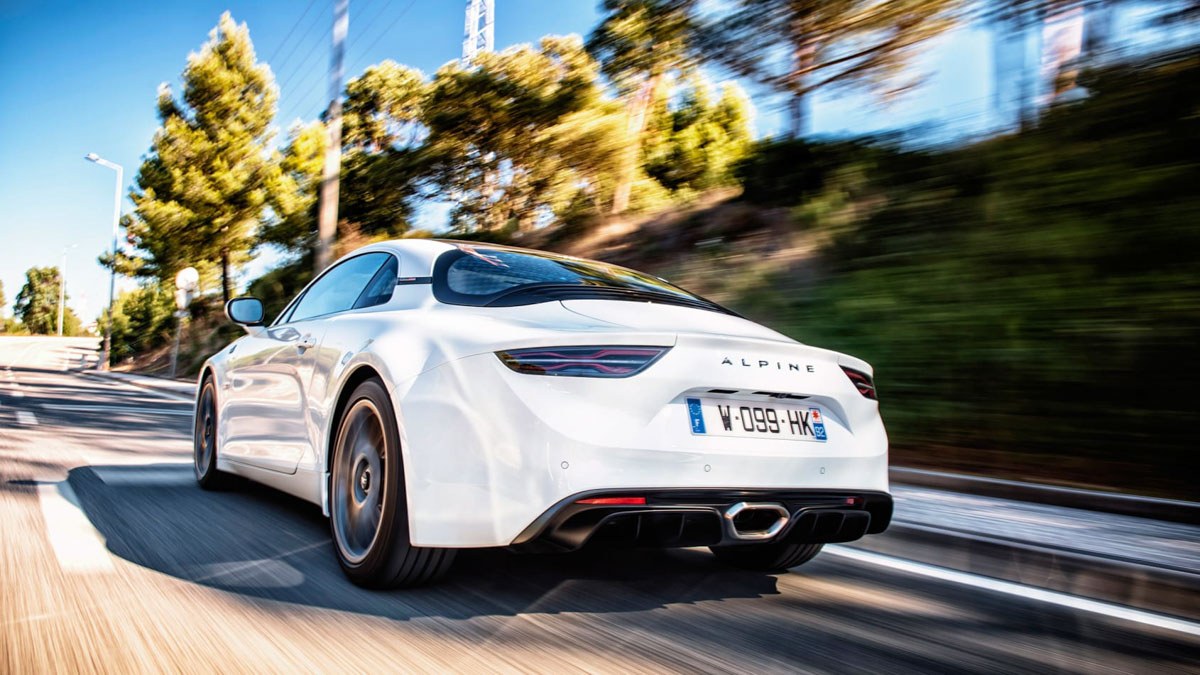 The Alpine A110 S has arguably been the most important sports car of the past decade, showing that the performance car doesn’t necessarily have to be about ever-spiralling power outputs, lower lap times, rock-hard ride quality and burgeoning kerb weights. Yet, as much as we adored it for its unique driving experience, there were aspects of the handling that we felt could be improved, such as the stability of the car in certain situations and the steering response. Is the more powerful, more driver-focused S model the answer?

The changes to the powertrain for the S model are small, but have a notable effect on the character of this small French coupe. Boost pressure has been raised by 0.4 bar, and further calibration work has found an extra 39bhp, taking peak power from 249bhp to 288bhp. Torque stays the same at 236lb ft, but it’s now maintained at its peak for an extra 1400rpm, the plateau lasting from 2000rpm to 6400rpm. Why no overall increase in torque? The Getrag seven-speed twin clutch ‘box is at the limit of what it can reliably handle, according to Alpine. Instead, the broader torque band and extra top end power mean this is a more enthusiastic engine to rev out than the standard car, and it also drops the 0-100kph time down a tenth to 4.4sec. The top speed rises slightly to 260kph, and the kerbweight is now listed as 1114kg, but can be lowered to 1107kg if the options of a carbon fibre roof and the forged alloy wheels are selected.

Yes, there’s a bit more man-made suede in the cabin, a new flash of orange in the tricalore on the C pillar and on the interior trim, and items that are optional on the Pure, such as the big brake kit and sports exhaust, are now standard on the S. But what really marks out the S are the changes to its chassis. The anti-roll bars are 100 per cent stiffer than the standard car, and the springs 50 per cent firmer with the dampers re-tuned to match. The car sits 4mm lower than the Pure/Legende models, and the tyres are wider at 215 front/245 rear, and wear a specific compound Michelin Pilot Sport 4 developed for the S model.

Alpine is keen to stress that this doesn’t mark a change in philosophy: the A110 as we know and love in its Pure and Legende forms continues alongside the S, offering its amazingly pliant ride and unique dynamics. The S, however, is aimed at those who would prefer more precision and high-speed composure, whether during fast road driving or on track.

From the very first metre travelled the A110 S wraps you tightly in a warm, Gallic embrace, involving you, goading the driver to push a bit harder, to experiment with the car’s weight balance and the cornering line. Thankfully, it’s immediately obvious that the Alpine’s ride quality has not been sacrificed in the transformation. It still seems to float magically over the top of a road, and exhibits enough body movement to keep you so well signposted as to its immediate intentions. What’s different is how the driver feels that much more connected to the car: the steering has more weight and more precision around the straight-ahead, and when the car turns, the reduction in body roll boosts confidence that the little nose is going to head exactly where you point it. High-speed direction changes are now much calmer moments, but there’s still the sense that the Alpine’s grip on the road is a deft one, allowing you to adjust its trajectory with the throttle or into the corner with the brake pedal.

The harder you drive the A110 S, the more it seems to like it, and the engine plays its part too, spinning with much more enthusiasm to the red line. It always feels more than quick enough, and while the ‘box lacks the immediacy and punchy shifts of Porsche’s PDK, it does enough not to be a hindrance in the overall package.

The competition is fierce in this class and at this price point. Porsche’s 718 Cayman most closely aligns as a 345bhp ‘S’ model, which if specified with the PDK transmission matches the Alpine with its 0-100kph time and costs $72,230. Its 1385kg kerb weight negates any power and torque advantage it may have, and the same goes for the 405bhp, 1550kg BMW M2 competition, which is a couple of tenths quicker to 100kph when fitted with the M-DCT ‘box and costs $66,632 – almost a bargain. There’s also the Toyota Supra, from $70,000, which dips a tenth of a second under the Alpine for its 0-100kph time and combines 335bhp with 1390kg. They’re all cars with tremendous appeal, but each also has significant flaws, and none can offer the sublime driving experience of the A110 S. 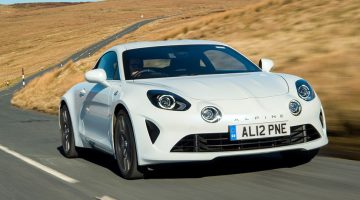