With huge grip but wonderful balance, backed up by a stunningly good engine. Aston has really delivered with the new Vantage 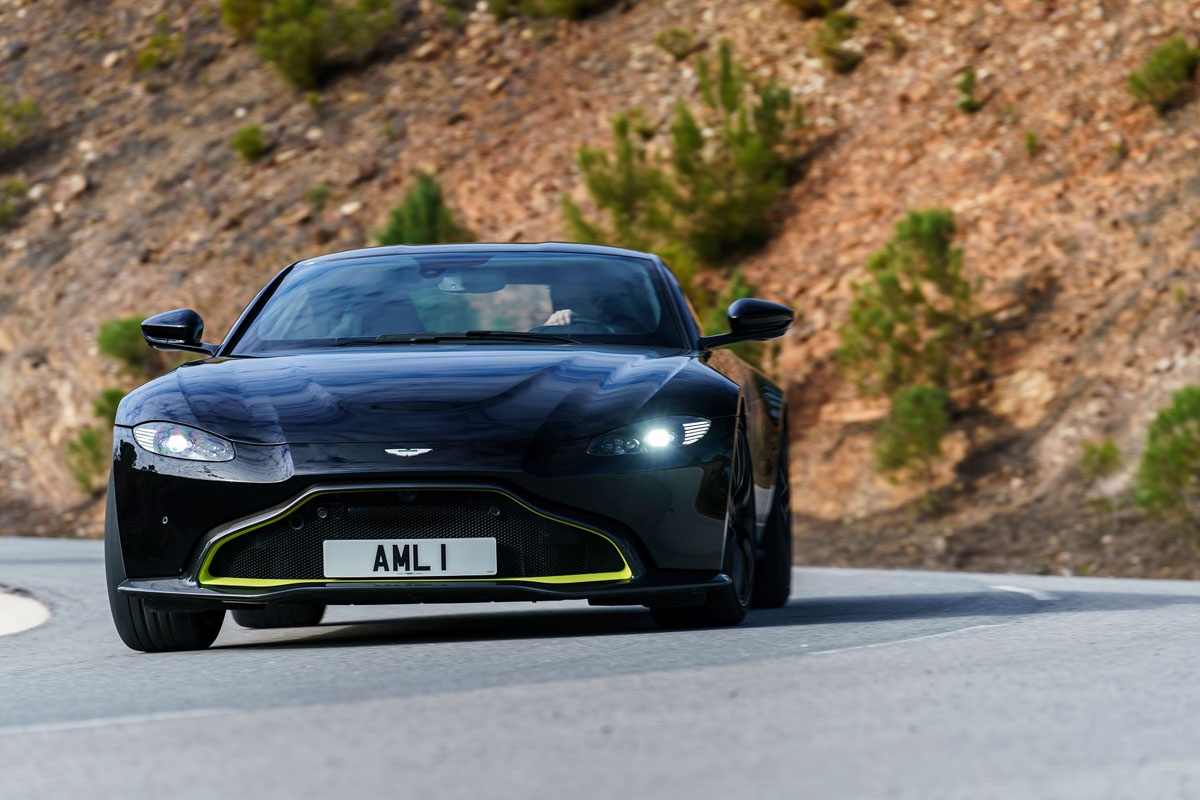 At the launch there was a car that someone had viciously but handily taken some tinsnips to, thereby exposing the chassis and mechanicals below the new Vantage’s rather lovely bodywork. This revealed that the chassis is still made of extruded and bonded aluminium, but the rear subframe is now solidly mounted to the chassis (unlike in the DB11) which is not as good for NVH but better for handling precision. At the rear, the suspension is now a multilink setup rather than the old car’s double wishbones and there is the latest generation of adaptive Skyhook dampers tucked-up in each corner.

The engine is situated right underneath the front bulkhead and the gearbox is out the back so that the Vantage has a perfect 50:50 weight distribution. Talking of weight, in it’s lightest possible spec with forged wheels, carbon brakes and lightweight seats the Vantage tips the scales at 1520kg dry.

Just like the DB11, there are three driving modes and three suspension modes, accessed by buttons on the steering wheel. However, whereas the DB11 starts with GT and goes up to Sport Plus, the Vantage starts at Sport and goes up to Track. 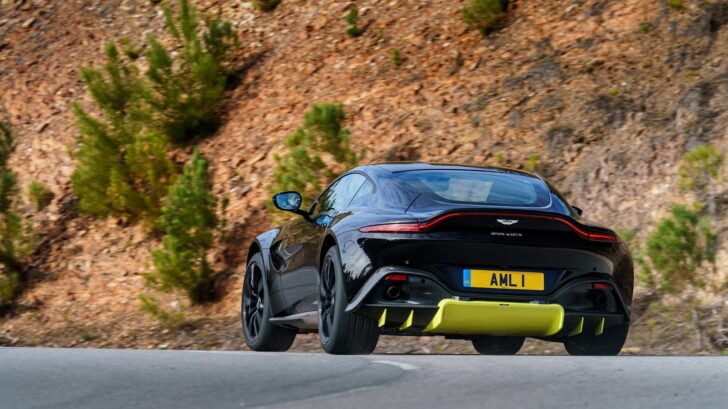 It seems that almost the first thing anyone says about the new Vantage (after ‘that’s quite a large grille’) is something to do with it having a Mercedes engine. Yes, it has the same 4-litre V8 with two turbos sitting inside the V as plenty of AMG models. However, I don’t think this is a bad thing. In fact it is a very good thing because it is one of if not the best of the current crop of turbocharged performance engines. Moreover, it has been retuned by Aston Martin and I think it might be even better in the British car. It has a fantastically linear delivery and the throttle response in particular is stunningly good – so good in fact that that it’s pretty much impossible to tell that it is turbocharged.

The sound is obviously important and here again the Vantage is onto a winner. Listen hard and you can detect elements of AMG in the noise, but it sounds remarkably like the old Vantage’s naturally aspirated 4.7-litre V8. Big, heavy on the bass and almost a bit American in character, it is glorious. Full-bore upshifts in Sport Plus mode are accompanied by some terrific explosions that sound like there could be a host of tiny pyromaniacs partying in the exhausts.

The transmission is a ZF eight-speed auto, controlled by some rather lovely large metal paddles (larger than those found in the DB11). It is a pleasing gearbox because it simply does everything you want it to. It has the ability to shuffle ratios seamlessly by itself when you are in the mood to merely mooch, yet it is also plenty fast enough and aggressive enough when you switch to Sport Plus of Track. In a first for Aston Martin, the new Vantage also has an e-diff in place of a traditional mechanical LSD.

Despite the trademark Aston high dashboard that hides any view of the bonnet once you’re in the driver’s seat, it’s a car that you quickly feel at home in. The driving position is spot-on and the steering has just the right rate of response – not Ferrari quick, but with enough alacrity to make the car feel light and agile. Push harder and it soon becomes obvious that the grip on offer from this new car is of a whole different magnitude to the old Vantage. Getting the nose into corners is easy and the car feels like it has a lovely short wheelbase so you can begin driving it through the corner nice and early rather than having to wait for it to settle. It has tremendous traction too (at least in the dry), so you can really make the most of the instant throttle response.

The only thing I missed on the road was some of the old car’s textural feedback through the steering – possibly an inevitable result of the switch from hydraulic to electric power-assistance. Perhaps a little more weight through the wheel might have been nice just to better represent the tenacity of the tyres. Anyway, make no mistake, this is a hugely enjoyable and extremely fast car and anyone stepping from an old Vantage, even a GT8 or V12, will be shocked at the leap on in performance that the new Vantage has made. 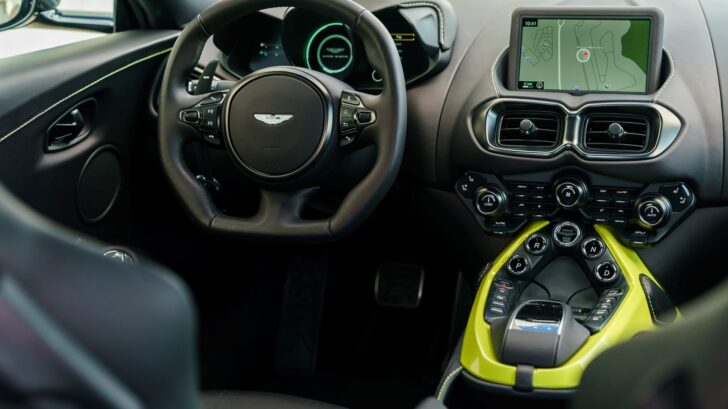 We also drove it at Portimao where it was possible to explore what it’s like once the grip of the Pirellis (it was the same P Zero rubber on road and track) begins to run out. The rear tyres certainly take some unsticking, but the good news is that once it starts to slide the Vantage retains a beautifully easy balance with no surprises. What’s more, it never feels like the grip completely deserts you so you retain a real sense of connection with how the rear wheels are working. Even when the thunderclouds rolled in and soaked the track, the Aston was remarkably controllable and precise – a large part of which I put down to the new E-diff.

The Vantage has taken a significant hike in price as well as performance (compared to the old V8) and now starts at $630,400. That undercuts but also puts it in competition with cars such as the Audi R8 V10, Porsche 911 Turbo, McLaren 540 C and Mercedes AMG GT C. Rarefied company, but our initial impressions suggest that it should head into any group test with confidence.