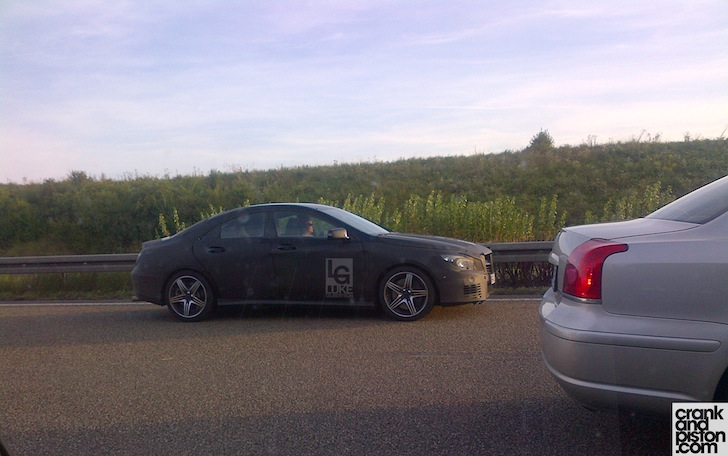 The intrepid boys behind the crankandpiston cameras clearly don’t take much time off. These exclusive pics from our own Luke Gilbertson for example were taken during the Londoner’s recent summer holiday in Germany.

Whilst on the Autobahn between Stuttgart and Cologne, a three-pointed emblem in the inside lane caught Master Luke’s attention, not to mention the noticeably camouflaged black bodywork. 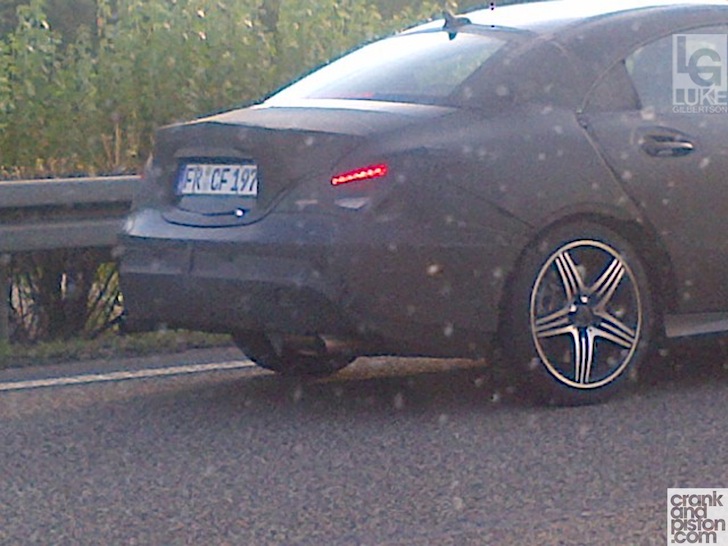 Though this has yet to be confirmed, the C-Class lines and slightly smaller stance have got us wondering if this is the new-for-2014 Mercedes-Benz CLA. Or even its higher-powered AMG counterpart, the CLA 45 AMG. Check out the AMG-esque five-spoke alloys and tweaked side sills for the visual clues. 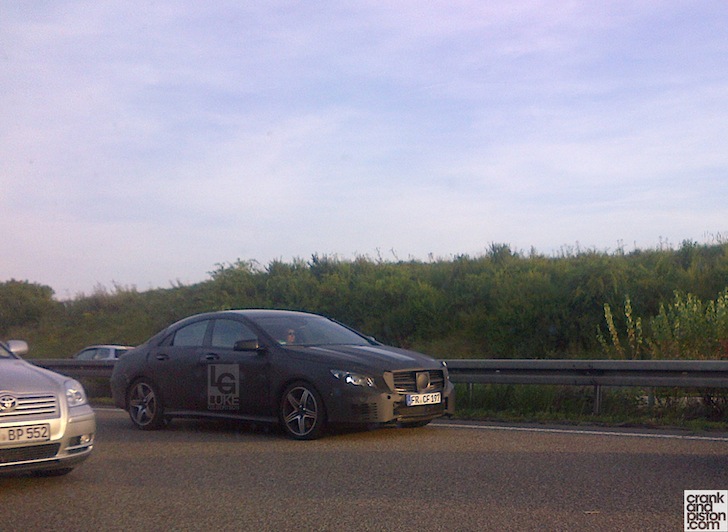 Official details have yet to be revealed, but whispers around the Stuttgart front gates suggests that the CLA 45 AMG will run the company’s new front-wheel drive MFA (Mercedes Frontwheel Architecture) platform, be powered by a turbocharged 2.0l four-cylinder engine, and kick out a pretty handy 330(ish)hp. 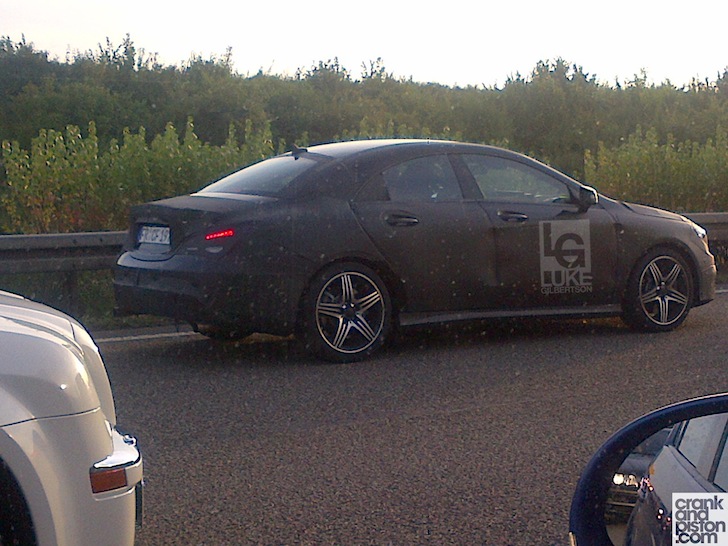 As Merc spy shots go we’ve not done too badly as of late, with the (assumed) CLA 45 AMG joining the new C-Class on crankandpiston, which last month was spotted in Dubai. Good spot Luke!

Previous ArticleShot Of The Day. Eid al-Fitr With Porsche
Next Article Audi R8. Spotting the Exotic in Qatar