2013 Rally Jordan. Al-Attiyah Top of the Hill, Al Shamsi at the Bottom 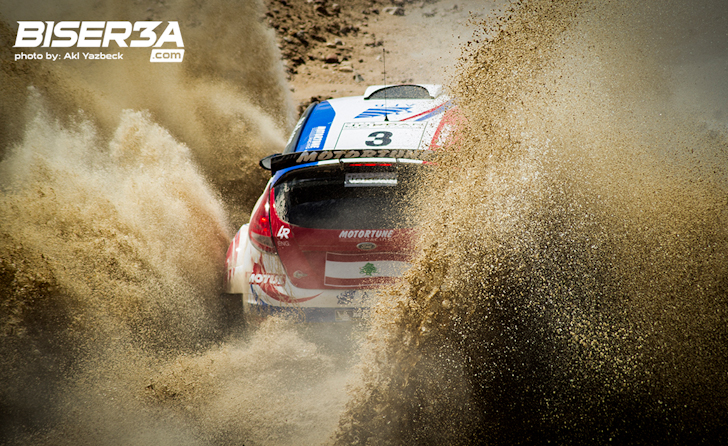 Turns out Abdo – winner of the Spring Rally and the opening Lebanese Speed Test – is not the only fast Feghali in Lebanon.

Namesake Roger Feghali set a storming succession of fastest stage times on the closing day of Rally Jordan to secure second place in the eponymously entered Ford Fiesta S2000. As it had done last year during Jordan’s Red Bull Car Park Drift qualifying round, regional motorsport had the local crowd on it feet. 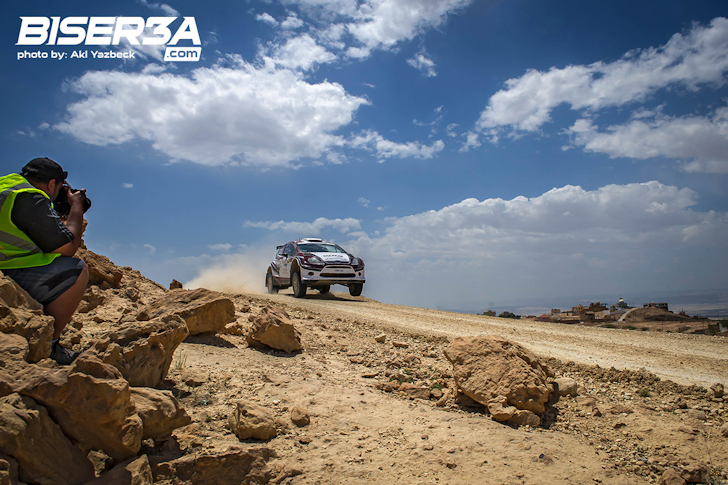 Further ahead, Ford Word Rally Championship driver – and former Dakar winner – Nasser Al-Attiyah romped to a second consecutive victory on Rally Jordan and his third of the 2013 FIA Middle East Rally Championship season to further secure his spot at the top of the standings. Indeed, after a typically dominant run across the 16 stages, the Qatari’s Ford Fiesta S2000 was more than 1m 42s ahead of Feghali at the stripe. 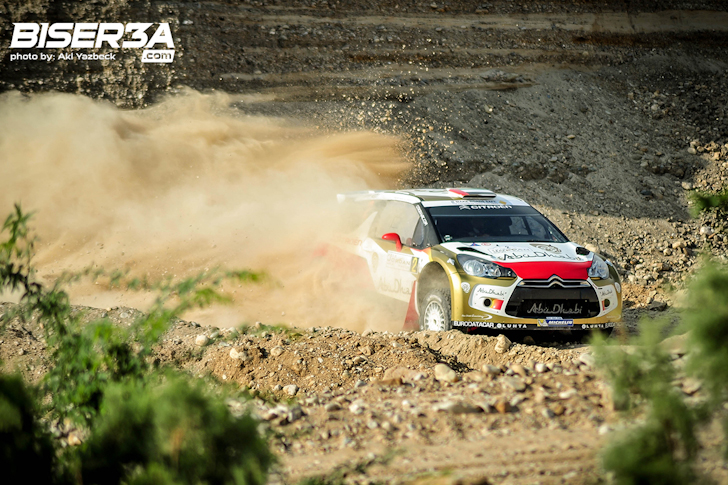 A good day for the blue oval meant fourth and fifth places for Abdulaziz Al Kuwari and Abdullah Al Qassimi respectively meant the Fiesta took four of the top five places. Citroen however was not about to let Ford sweep the podium. Ultimately, the closest challenge came from Sheikh Khalid Al Qassimi, the Emirati finishing third just 18.4 seconds behind Feghali in the Abu Dhabi Citroen Total World Rally Team DS3. In a near-grandstand finish, rear differential issues – coupled with a late-rally charge from his Lebanese rival – saw Al Qassimi lose second place almost within sight of the stripe. 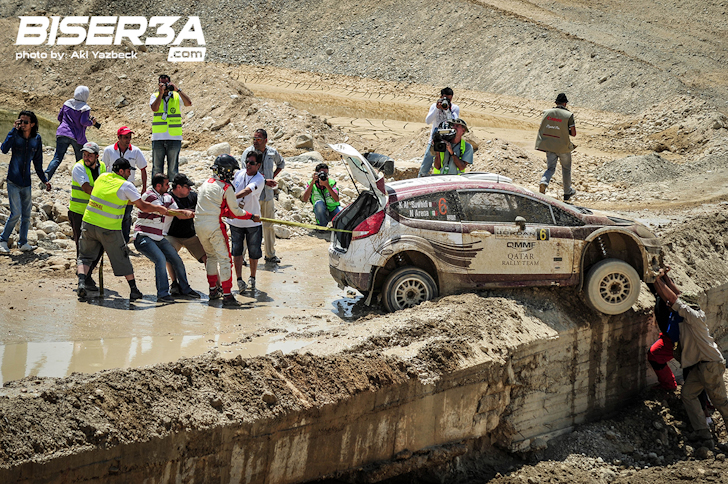 Like his Abu Dhabi Racing teammate Al Qassimi, newcomer Mohammed Al Mutawaa (having made his season debut one round earlier in Kuwait) put in a commendable effort to top the two-wheel drive and young driver classes aboard his Citroen DS3 R3. Meanwhile, Mohammed Al Sahlawi (and co-driver Allan Harryman) came perilously close to dropping off the edge of a cliff when they overshot a corner during the first leg. Spectators on-hand managed to push the now-white haired Al Sahlawi back onto the route, where he continued. 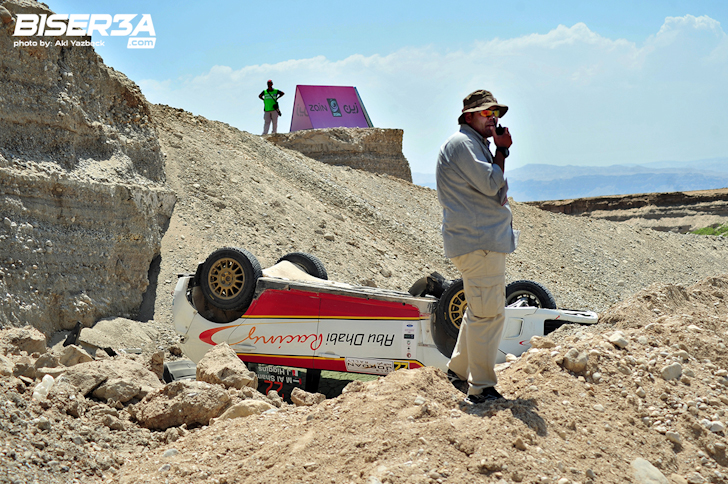 The same could not be said though for Majed Al Shamsi and co-driver John Higgins, who ended the first leg of day two in spectacular fashion when their Subaru Impreza N14 rolled off the same cliff face and plummeted 20 feet to the ground below under the shadow of Mount Nebo. Fortunately both – like Jeremy Foley after his Pikes Peak incident last year – walked away unscathed with a tale to last many a dinner party.

And if you’re keen to see the ‘incidents’ as they transpired, crankandpiston’s old mate Biser3a has some video footage from the scene that might interest you below. 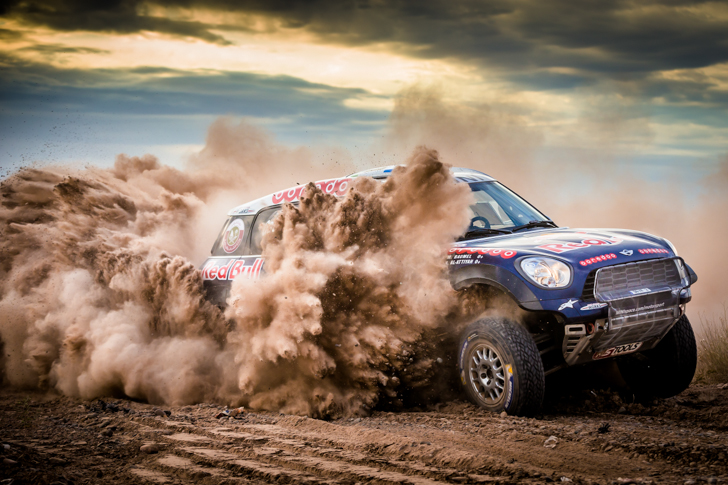 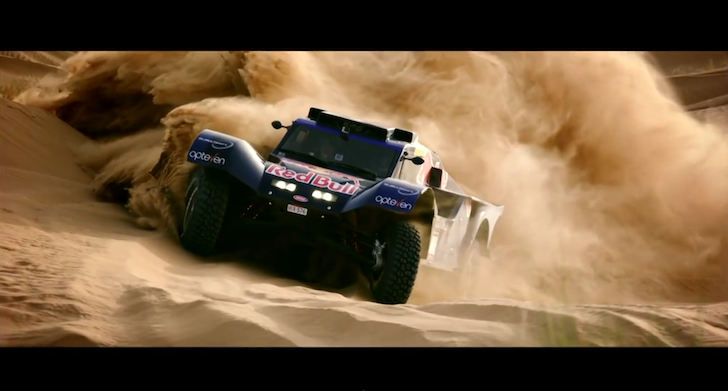 A Fistful of Trophies. Red Bull in the Far Far West 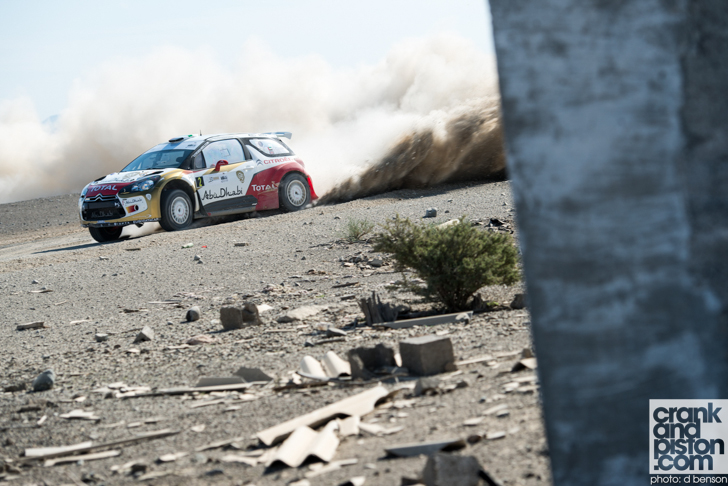