Ride on-board – or along – Justin Pawlak as his Falken Tire Ford Mustang kisses the Armco at round five of the 2013 Formula Drift season in Monroe. 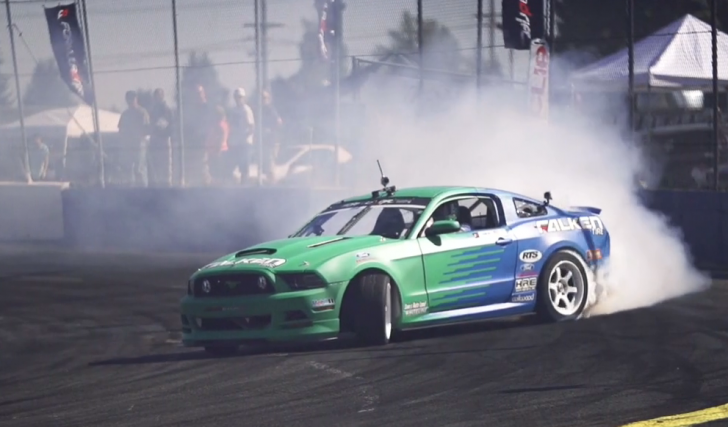 Turns out #13 can be lucky for some on occasion. Justin Pawlak certainly thought so at ‘The Gauntlet’ at the Wall Speedway in Monroe, Washington, when he came within an ace of winning the event outright in the Falken Tire Ford Mustang. The American would eventually have to give best to Daigo Saito – who also won round two at Road Atlanta – in a close fought encounter.

Round five, ‘Throwdown’, may not have gone quite the way the 2011 runner-up might have hoped, his rival in the quarter finals – Norwegian Fredric Aasbo – going on to take third overall. A bucketload of points though was still enough to keep the Pawlak in the top six on a day when America’s Chris Forsberg leapt to the top of the standings with victory in his 2013 Nissan 370Z.

Why do we bring that up now? Well any on-board and event footage needs a bit of context.