Mercedes-Benz offered a glimpse into its future during the opening days of the Dubai Motor Show with the regional unveil of the Concept S-Class Coupe. The coupe’s appearance in the Middle East follows its global debut at the Frankfurt Motor Show earlier this year.

Boasting a ‘design philosophy of sensual clarity’, as stated by Mercedes-Benz, the Concept S-Class Coupe boasts a modern interpretation of the company’s flagship luxury model, though remains true to traditional design hues. The signature front grill remains intact albeit slightly modified, as does the low sweeping angle of the long bonnet. Muscular wheel arches meanwhile house new 21-inch wheels (shod with 265/35 R 21 tyres at the front and 295/35 R 21 at the rear). The concept measures 5050mm long, 1958mm wide and stands 1409mm tall. 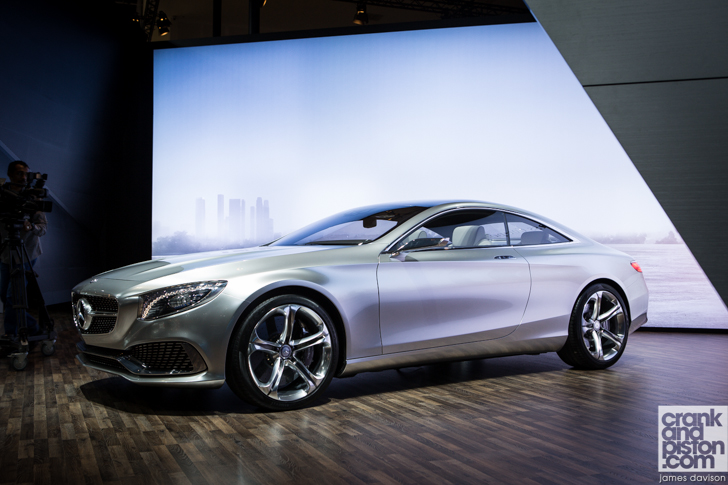 Other significant style points on the outside include a dome-shaped stretched roof, frameless doors, full-LED headlights with restyled ‘eyebrows’, and chrome trim. The inside meanwhile boasts a resculpted dashboard (thanks largely to the airbags being mounted lower), black diamond upholstery, ‘futuristically styled’ ventilation nozzles, new 12.3-inch infotainment screens and aluminium door panels. Under the bonnet is a Mercedes 4663cc biturbo V8 that produces 455hp and 516lb ft of torque, while innovative new technologies like radio surface scan, which automatically changes the suspension setup in accordance with the road ahead, and ‘6DVision’ crash avoidance technology also make an appearance on the Concept S-Class Coupe. 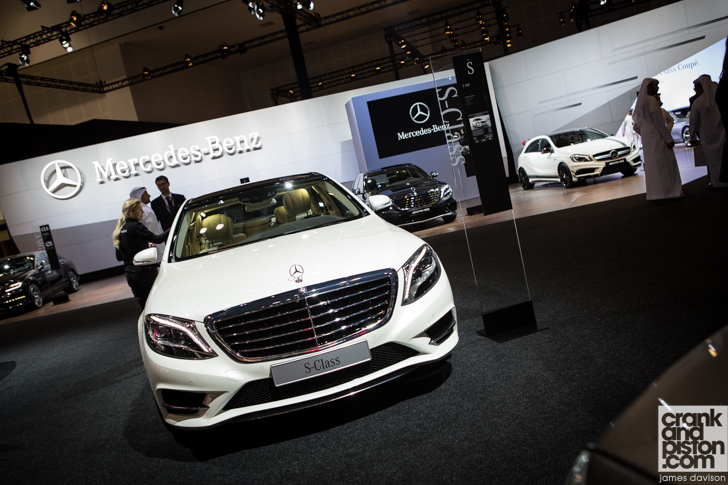 The Dubai Motor Show also marked the regional debut of the all-new S 63 AMG, the second vehicle from the performance arm alongside the A 45 AMG on Mercedes’ stand. Powered by a 5461cc biturbo V8, the new S 63 AMG (which crankandpiston.com test drove on its international launch) is the most powerful high performance saloon in the luxury segment, chucking out 585hp and 664lb ft of torque. 0-100kph is dealt with in 4.4 seconds, and the S 63 has an electronically limited top speed of 250kph. Thanks to Mercedes’ new AMG Lightweight Performance philosophy, the new generation model weighs in 100kg less and is available for the first time with AMG’s 4MATIC all-wheel drive configuration. 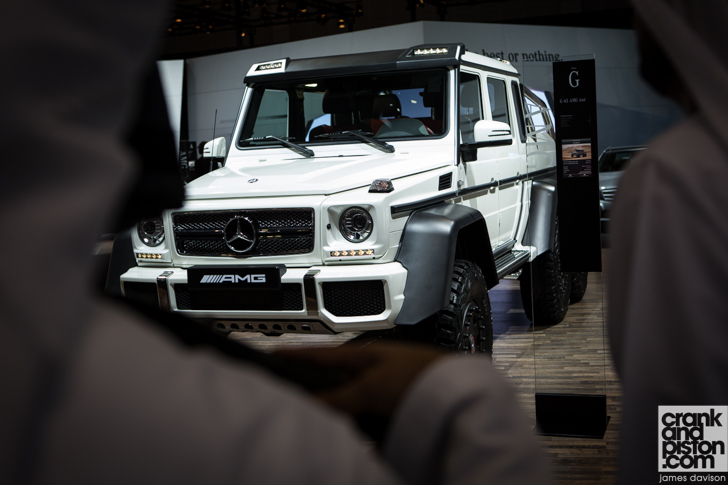 Mercedes’ G 63 AMG 6×6 however towered above its sibling models. Fitted with six axles, a low-range transfer case, a tyre-pressure control system, and five differential locks, the 6×6 – which sits on 37-inch wheels – boasts phenomenal off-road capabilities and was first shown to the region at a special media event in March. Powered by an AMG biturbo V8, which is mated to AMG SPEEDSHIFT PLUS 7G-TRONIC automatic transmission, the 3.85-tonne 6×6 runs 544hp and 560lb ft of torque. 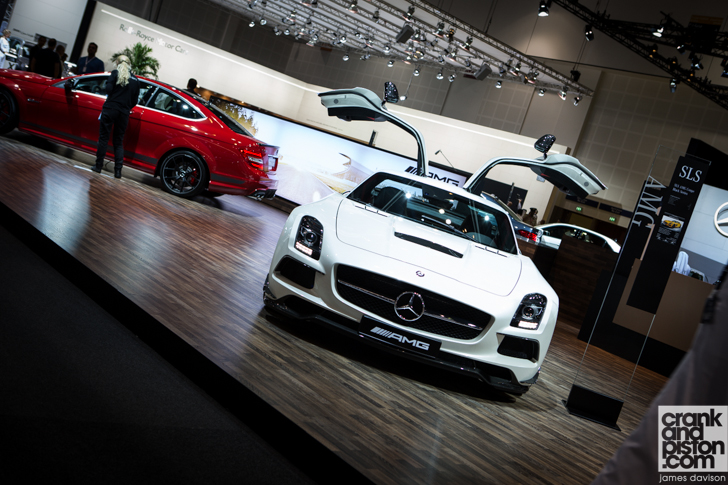 Other models also on display at the Mercedes-Benz stand in Dubai included the new E-Class, which crankandpiston.com also drove on launch before testing the E300 and E400 Cabriolet derivations on home turf; the C 63 AMG, which we put up against both a Dodge Charger SRT8 and a BMW M3 E92; and the always popular, always shouty SLS AMG Black Series.