The 2013 Dubai Motor Show marked the global debut of the new Range Rover Autobiography Black. Marketed as ‘the pinnacle of the Range Rover line-up’, the new Autobiography Black is the most luxurious Range Rover to go on sale yet. Based on the new fourth generation model, the Autobiography Black incorporates a new seat cushion design as part of its Executive Class luxury package. Also included in the package are black leather clad tables and a new rear entertainment console for the rear passengers, a chiller compartment, LED mood lighting (with a range of 10 colours) and leather wrapped A, B, C and D pillars. 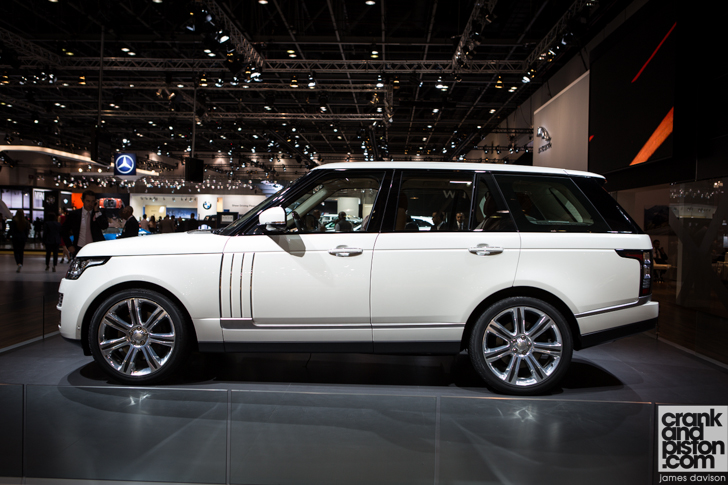 Modifications to the outside are subtle, though the Range Rover Autobiography Black does include new a unique finish to the front grille, black enamel and chrome finish to the ‘Autobiography’ badges on the rear and side panels, re-designed taillights and additional air vents in the front bumper. Two wheel options are available including seven-spoke 21-inch and 22-inch gloss polished alloys, the latter of which will be available from Spring next year onwards. 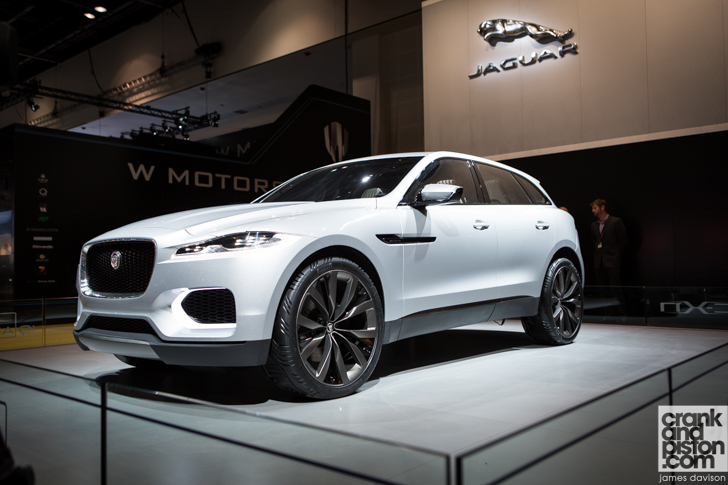 Jaguar’s new C-X17 concept SUV, which makes its regional event appearance after its global debut at the Frankfurt Motor Show, also caused a stir for the British company. The first SUV concept in Jaguar’s 91-year history, the C-X17 concept showcases the most extreme example of Jaguar’s all-new aluminium architecture, a more flexible design approach that will prove key to the British marque when developing its future models (with a mid-size sedan that will rival the BMW 3 Series having already been announced). 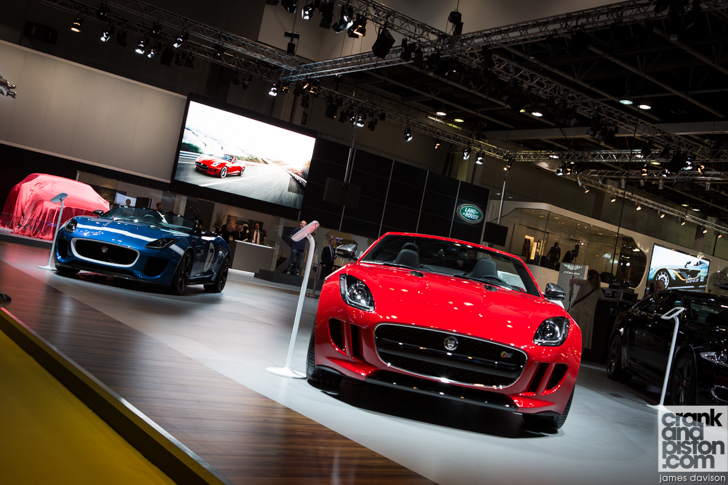 Pre-event, crankandpiston.com was lucky enough to drive the Jaguar C-X17, the story of which you will find HERE. At present, no production plans have been confirmed for the SUV concept.

The new Jaguar XJR and XFR-S also made their regional debuts in Dubai, displayed as they were alongside both Project 7 and the company’s popular new F-Type roadster. 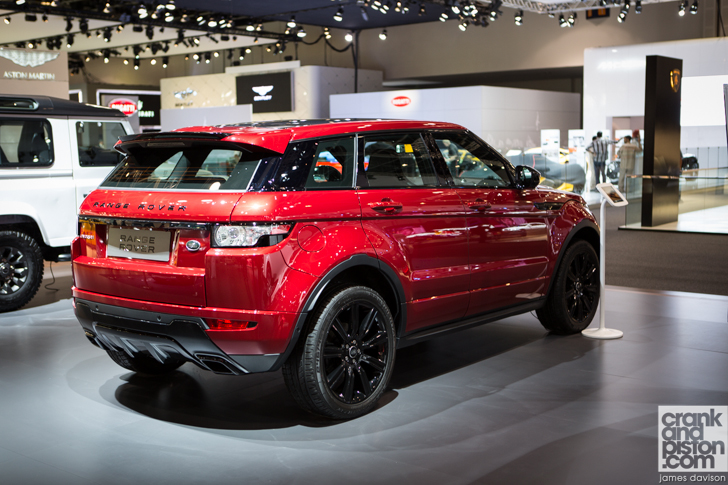 Next door at sister company Land Rover, the Gaydon-based team was busy unveiling the world’s first ever nine-speed gearbox, showcased in the 2014MY Range Rover Evoque. The new system – an adaptive shift ZF program – lowers fuel consumption by 11.4 per cent.

The new limited edition Land Rover Defender LXV also made its regional debut in Dubai. Though little has changed mechanically, the LXV – which uses the same 2.2-litre diesel 122hp engine and six-speed manual transmission as the Defender on which it is based – boasts new 16-inchSawtooth alloy wheels and comes in Santorini Black or Fuji White, with contrast Corris Grey roof, grille and headlight surrounds and facia. 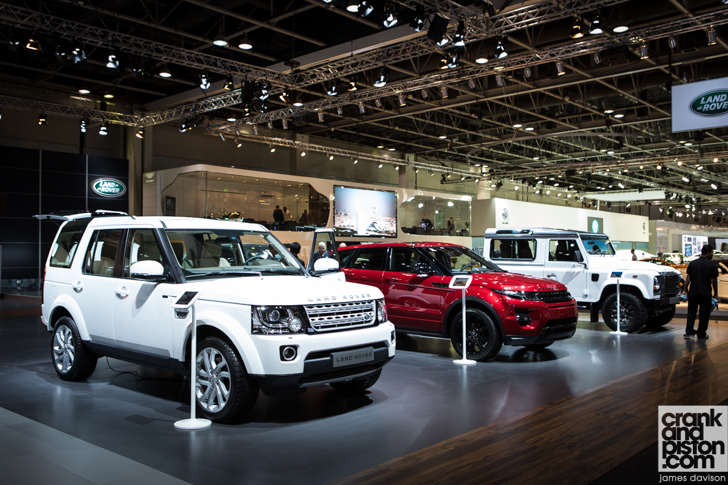 The Range Rover Sport which recently set a world record for fastest land crossing of the Empty Quarter between Saudi Arabia and the United Arab Emirates was also on display, complete with dust from its 800-plus kilometre journey.