The sight of 60 GT cars barrelling at speed into turn one at Monza is a sight both awesome yet surely a recipe for disaster. Especially when four of the first five cars are side-by-side with none of the drivers looking to give way. 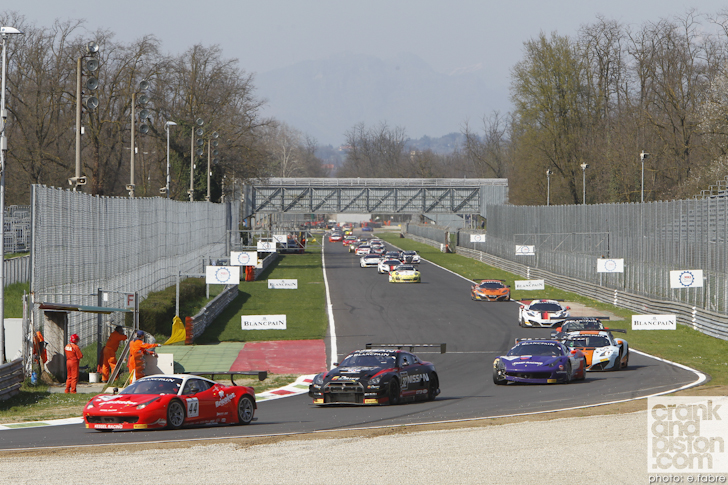 One day earlier Alex Basov (RUS), Alexander Skryabin (RUS) and Alessandrio Pier Guidi (IT) had secured pole position for SMP Racing in the opening round of the 2013 Blancpain Endurance Series season. The fact that the #70 Ferrari 458 was separated from Prospeed Competition’s Marc Hennerici (D), Xavier Maasen (NED and Maxime Soulet (BEL) on the front row by just two-tenths of a second showed just how close the action would be the following day. Indeed, a Ferrari victory to accompany pole position would leave the tifosi at Monza overjoyed with the weekend’s results, though the SMP Racing crew would go home with only 14th place after a rough race. 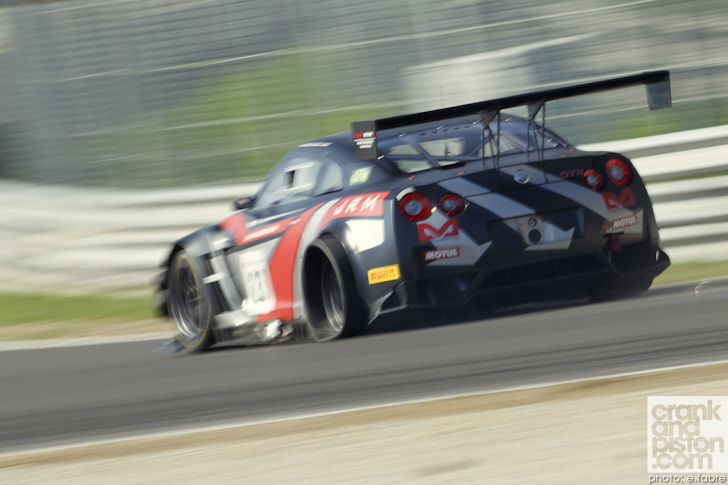 That dubious honour would go to Kessel Racing’s Cesar Ramos, Davide Rigon and Daniel Zampieri, who had avoided the melee in midfield – which included one of the Belgian Audi Club WRT R8s losing its bonnet through the Parabolica, the #72 SMP Racing Ferrari 458 and #32 Nissan GT Academy Team GTR barrelling into each other at the same turn later in the race, and the #88 Von Ryan Racing McLaren 12C GT3 and the #13 (lucky for some) Belgian Audi Club WRT R8 going wheel arch-to-wheel arch through the Variante della Roggia – to come through for a decisive victory. 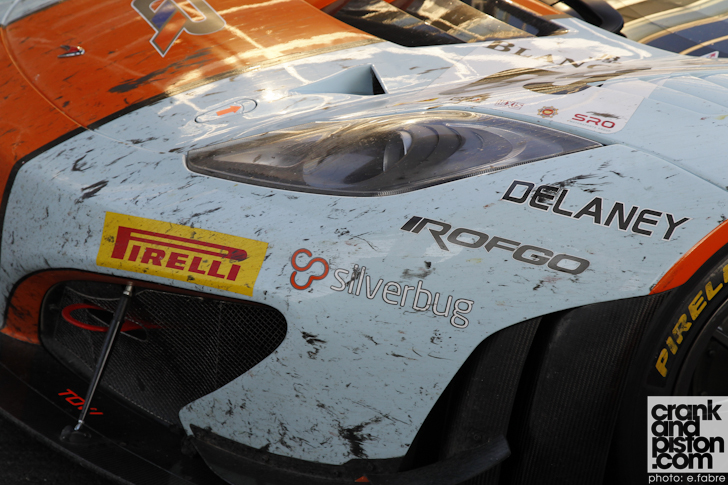 And while that may not have left the crowd biting its nails, a battle to the finish between the #69 Gulf Racing McLaren 12C of Rob Bell (GBR), Adam Carroll (GBR) and Nico Verdonck (BEL) and #13 Frank Stippler (D)/Edward Sandstrom (SWE)/Christopher Mies (D) Audi saw third place decided on the line, and by just over a tenth of a second. 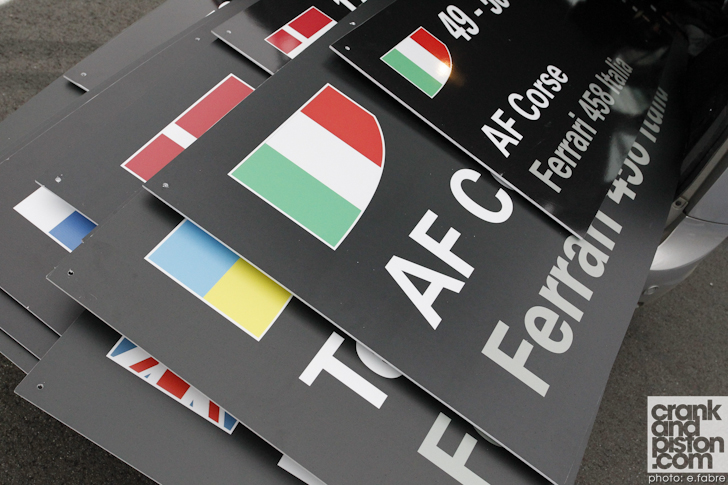 Rossi in the Rain. Rally Monza