After more than a decade, the Honda NSX name returns to the motoring world. So what better time to dust off the 1990s original legend and take her for a drive?

I can feel the green-eyed monster of several thousand JDM fans moving in my direction even as I write this, but I was never a huge fan of the Honda NSX.

I know, I know, but as a teenager, while friends were mastering ‘The Corkscrew’ with the NSX in Gran Turismo, I was too busy swearing under my breath at the Lancia Delta on SEGA Rally’s desert stage. The Ferrari F40 on my bedroom wall was going nowhere even if the blue tack was starting to give, and the first drive on my bucket list was reserved for the Lamborghini Countach. Yes, during a 15-year production run, the NSX raised the bar for supercars, made Ferrari question its then top-of-the-range 348, and combined the allure of Italy’s pre-eminent supercars with the everyday reliability of a Civic. And yes, yes, Ayrton Senna, loafers, etc. But for me, the NSX rarely featured on the radar.

Given the NSX’s recent resurgence with the launch of the new model, this is an opinion best left buried deep in my internal filing cabinet. Recently though I rather stupidly let this thought slip to a friend of mine, owner of the pristine 1992 example you see above. The reaction, spit-take aside, was predictable: “it proved a genuine supercar didn’t have to be Italian”, “it revitalised the sports car industry”, “the man heeled-and-toed in white socks around Suzuka, for God’s sake!” Violence is mercifully averted when a set of NSX keys is thrust into my hand as he insists I take his beloved car for a spin and attempt to right this dastardly wrong. “And make sure you take the revs to at least 6000rpm before shifting.”

My ears are still ringing as I make my way to the parking lot where said legend is housed today. And I must admit, despite the model now being into its 26th year, the classic NSX lines are admittedly still a thing of beauty. Look past the short overhangs and the pop-up headlights – which Honda criminally gave the boot in 2002 – and the grooved door panels draw so much of the eye, that I almost don’t notice the surprisingly small wheels complete with NSX brake calipers. Somehow the single rear brake light still seems charmingly futuristic even in 2016, and since I’m trying my best to ignore the North American ‘Acura’ badge on the rear bumper (there’s nothing Yankee about this design), the height of that non-targa roof keeps drawing my eye: it’s about as high off the ground as my belt, which makes me wonder how I’m even going to squeeze myself into this thing. 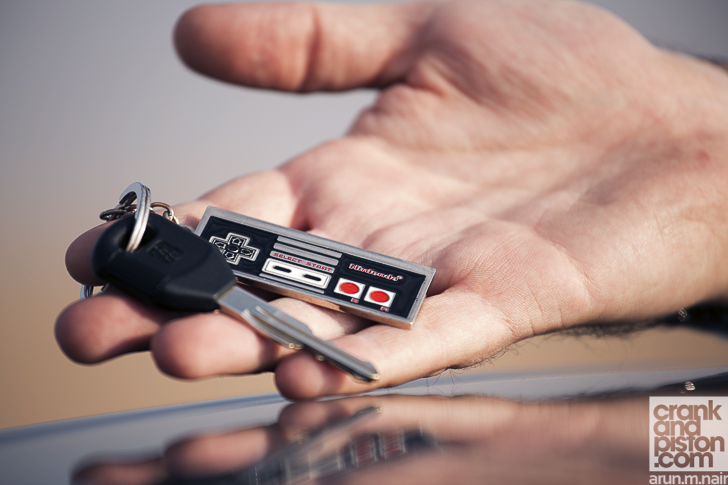 With a lot less difficulty than I’d imagined, as it turns out. Though the roofline is low, the stance is even lower. It feels like I’m sitting on the floor, but at the very least I have bags of headroom, all save the doorframe, which hangs at temple level with almost millimetric precision. There’s no red ‘Start’ button either. Just one key, which I slide into the steering column and give a quick twist. Then another. Then one more as the immobiliser finally catches up. The 3-litre V6 springs into life with an uplifting roar, akin to barely any six-cylinders I’ve driven in recent memory. If the looks themselves screamed ‘90s’, the engine note easily beats them to it.

I’m not quite ready to pull away from the parking space just yet though, as I’ve been given very particular instructions. The most important of which is to make sure I have the spare key in my pocket at all times: the owner discovered the hard way that all doors lock if he steps out of the car while the engine is still running, and as I left for work without a wire coat hanger this morning, I take heed. Second is to make sure that once I have adjusted my seat on the runners, I should push the metal bar firmly down to make sure it stays put, otherwise I’m likely to go hurtling backwards when I gun it away from the traffic lights. And third, make sure to give myself four or five minutes to affix the seatbelts properly. Much like a racing harness, I have two belts over my shoulders to fiddle with as well as two across my lap. It’s only once I’ve adjusted this here and tweaked that there that I realise closing the door, now that I’m effectively strapped to the seat, is actually impossible. Take two. 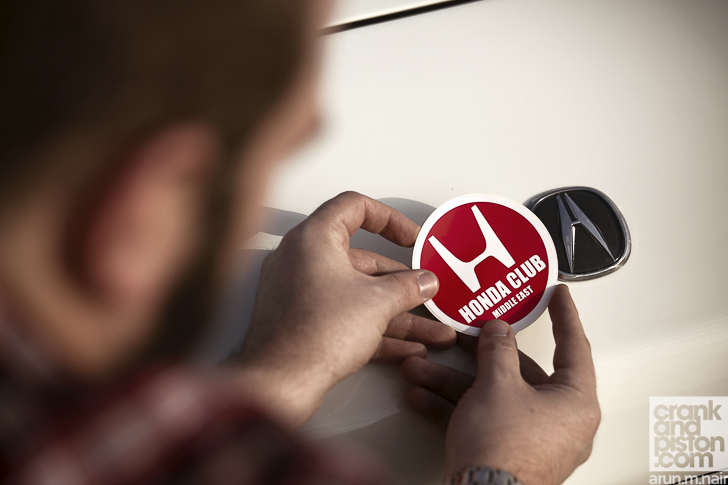 Yes, the pressures of 90s supercar ownership is already starting to get to me as I finally make my way out of the parking structure and onto the main road. Saying that, I’m thrilled this car has foregone the optional automatic – rumoured to rip all character from the NSX – for a six-speed manual, the short-shift changes through which click into place with a hearty ‘ker-chick’. I had worried that the rather tight and elevated position of the pedals would give me fits (I have to bend my right foot around the transmission tunnel, and the pedals are raised so high, I can’t even see them under the dash panelling), but fortunately the almost lounge-like position of my seat has allayed that. The advent and pseudo-necessity these days for carbon-fibre shelled bucket seats in any self-respecting supercar had left me wondering if the Honda might offer the same supportive but rather raw contours, and I’m pleased to find that, somehow, the cushioned buckets are actually very comfortable. The almost aggressively raked windscreen doesn’t hinder visibility too much either as I begin weaving into the heady flow of traffic heading out of the city, though the truly massive B-pillar and tiny wing mirrors mean lane changes are conducted with several more wings and prayers than I’d hoped for. Plus an intermittent hiss from the aftermarket stereo that needs some fine-tuning.

But already that ‘NSX’ character is starting to eke through. The air conditioning system is pretty average, I’ve been warned, and so I have both electric windows down, all the better to hear that truly astonishing V6 rumble. At idle, the notes are lost amidst the traditional monotony of surrounding traffic, but at pick-up, the deep timbre begins to rise to truly magnificent levels. Inside, the engine notes ricochet about the cabin like an untamed falcon, darting up in intensity when I least expect it. 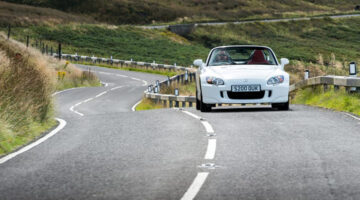