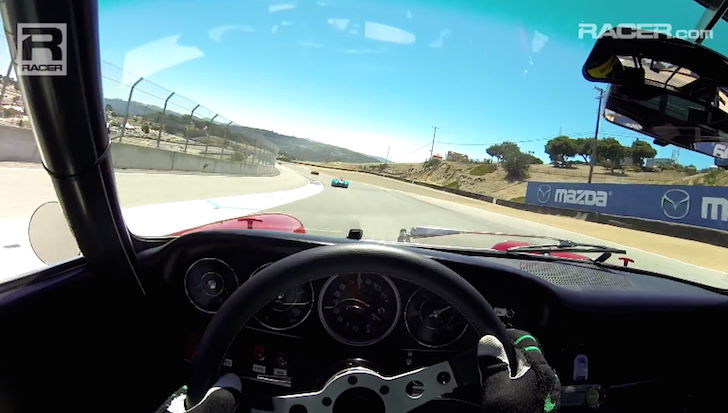 The modern day Porsche 911 is an engineering marvel. Over 50 years of development has given the most iconic sportscar in history a usability allowing even us mere mortals to extract some serious performance from, what many people considered, a compromised rear-engined layout.

Old school, air-cooled Porschephiles, however, are always rabbiting on about the challenge of really hustling an older 911 at the limit. It’s all about playing with the weight transference, the seesaw motion of expertly timed braking and feeding in the power to make sure that lump located way behind you doesn’t push you straight off the track at the next corner. Oh, and being a bit rapid with your steering corrections.

Hustling an old 911 at the limit is therefore a unique skill which, if you manage not to bin it, is a reward in itself. Over to Pat Long (at Mazda Raceway Laguna Seca during the 2014 Rolex Monterey Motorsports Reunion) to demonstrate in a 1967 Porsche 911S.