Kevin and Shaun Lafferty, father and son team at Louisville-based Ridge Park Speed in the United States, present their one of a kind 1930 Ford Model A Coupe. crankandpiston dives in for a closer look. 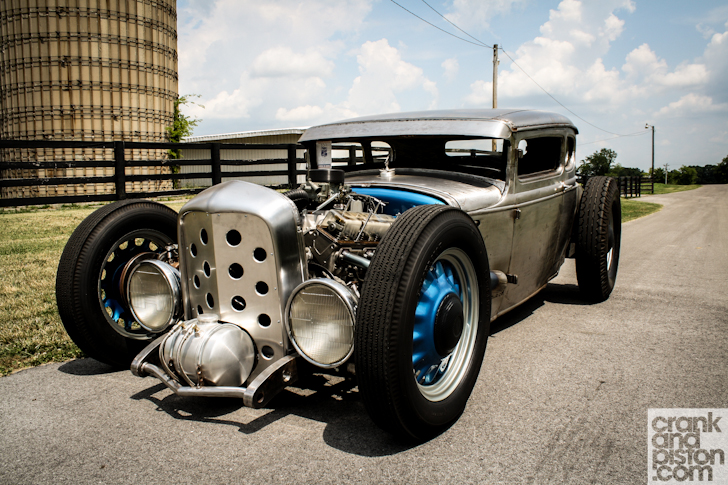 “You can have any colour as long as it’s black”. Whether or not Henry Ford actually made the statement that is now synonymous with his company over a hundred years later still remains in discussion (one which we won’t get into now, though feel free to overload the comments box below should you wish to say your piece). He may though have been lost for words if presented with this particular Model A, the successor to his beloved Model T. 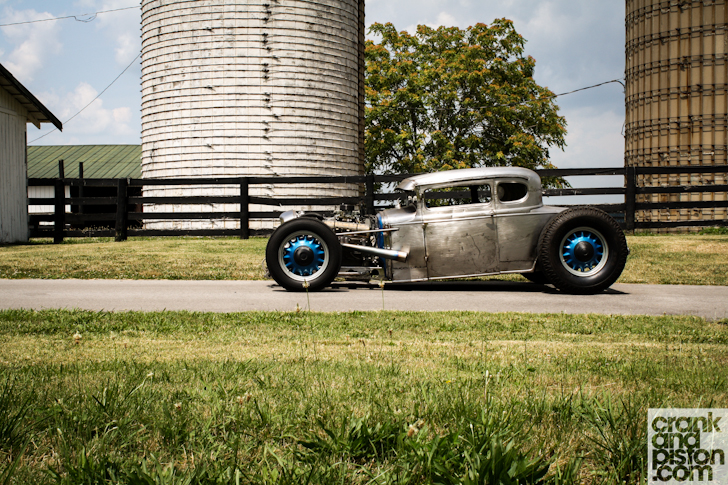 There has, after all, been some considerable work done to the Model T’s younger sibling in this instance. Gone is the 3.3-litre four-cylinder unit from under the bonnet (along with the bonnet) in place of a small-headed, 355 cubic inch unit from Chevrolet, assembled in-house at Ridge Park Speed – based as they are in Louisville, Kentucky – by father and son team Kevin and Shaun Lafferty using parts from Comp Cams and Eagle Racing. Throwing the power asphalt-wards meanwhile is a two-speed Powerglide transmission, which comes courtesy of fellow-Louisville locals Jim Decker Racing Transmissions. 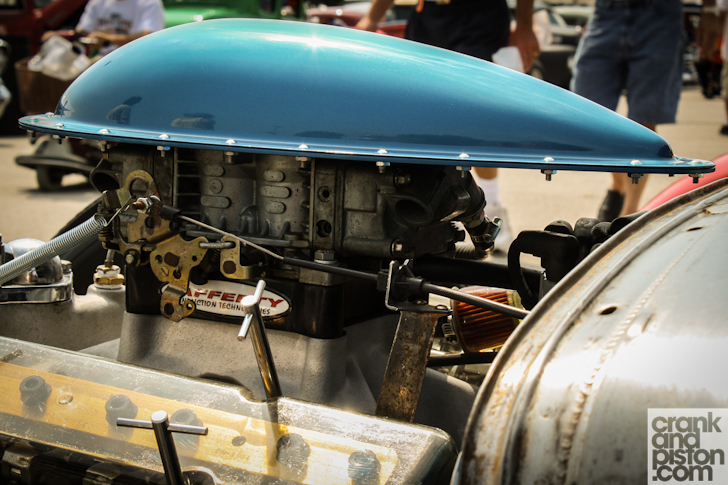 A team effort, and a local one to boot. There’s also for instance a narrowed nine-inch Ford differential, tubular three-link wishbone and coil-over shocks, which make acceleration aggressive yet keep the ride smooth. Both Kevin and Shaun are also particularly pleased with the Sweet Mfg rack and pinion unit attached to custom engineered rocker arms, offering as they do dual-cowl steering (and a tribute to Kevin’s 40 years as a master machinist). Modifications in their entirety which Shaun himself feels pay dividends when the 1930 Model A Coupe is out on the prowl.

“This engine was built to rumble”, he explains, “and sounds every bit the part through the custom lakes style headers. A full spool and low-gear ensure smoke is rolling off both rear tyres when you decide to stand on the loud pedal. I mean, this ride looks like it’s going 200kph standing still”. 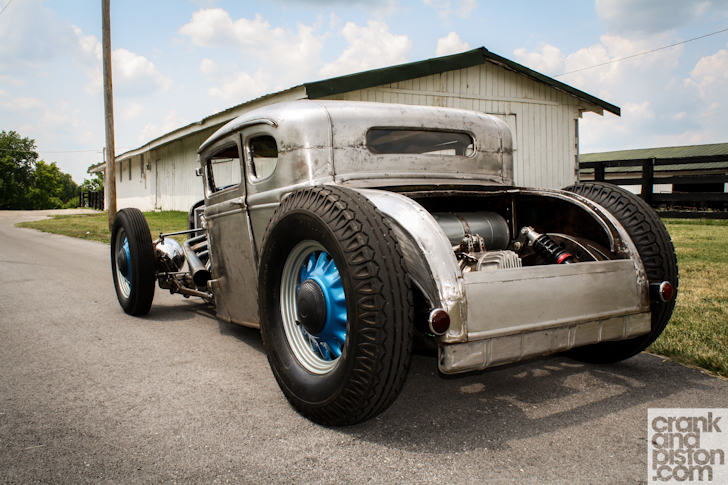 Indeed, from a cosmetic-perspective, plenty has gone under the surgeon’s knife at Ridge Park Speed. Wheel arches and running boards are a thing of the past in place of an aggressively lowered stance and chopped roofline.

“The chassis was fabricated in-house,” Shaun continues, “and features tapered front horns and lightening holes throughout. The front axle is a custom 1936 Ford piece that has been both narrowed and dropped, giving this coupe an evil look when you see it head-on. The wheels are ’36 vintage Chevy artillery painted by Pony Tail Joe of Louisville, KY. Joe’s work is also featured on the firewall and on the Studebaker dash that has been cut down to size to fit inside the confines on a Model A.” 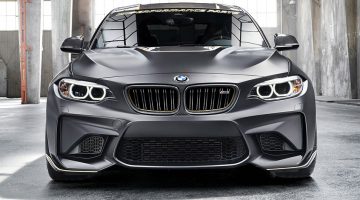